Mick was wheeled out again this week to talk the young Urban designers of Street NW about the Manchester City centre master plan following the IRA bomb. The talk started with Gazza’s goal against Scotland at Wembley and the birth of his son Jake both of which happened on the day of the bomb – 15th June 1996. Jake is 18 this month!

Three of Mick’s original sketches were found on disc in the basement and featured in the talk. Two sketches showed first ideas for the foot bridge connecting the Arndale to M&S (or Mark & Spencers’ as we called it then) which then became a design brief won by Stephen Hodder. Two other sketches showed first thoughts on how the Arndale could be re-faced and turned back to face the street again. WH Smith’s was the fist challenge (just near where the bomb went off) and by adding a new ‘skin’ a new entrance and enough space could be created to solve the level differences. The other sketch shows Mick’s view of what that new skin could look like in terms of new image for the Arndale….this was done in a hurry, just before meeting with architects…..as you can see it worked! 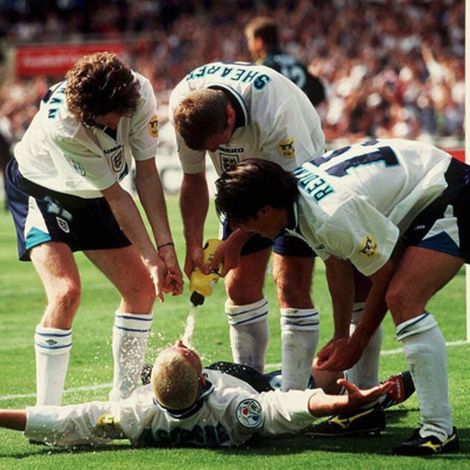 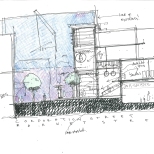 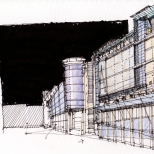 An online record of a yogi, architect, author and artist trying to stay in the flow…

Mick is an award wining Architect, Artist and Senior Yoga Professional with the Yoga Alliance. He has designed new communities all over the world, teaches design at university and led successful design businesses. Mick is CEO and founder of beanddo and owner of the YogaLife Project, a Social Enterprise teaching real yoga, for real people who live real lives.

As well as individuals, Mick works with business and education to help reveal previously hidden potential. This in turn improves productivity and reduces stress and pressure. The intention is to strengthen resilience, creativity that in-turn opens up innate joy and happiness.